Long Remembered (plus: the Séance Circle is a Circle)

.
Just a quick post to commemorate Long-Forgotten's 500,000th visitation by unseen guests (that's you).  Two and a half years it's been, close to 100 posts, and half a million viewings.  Who'da thunk it?  I want to say thank you to all readers and especially to the commenters.  The blog's reception has been consistently positive and intelligent.  To date there have been no more than two or three nasty comments that had to be deleted before they saw the light of day (or dark of night, or whatever twilight zone we're inhabiting here).  Mansionites are a classy lot.  Breeding will out, as they say. *taps silver box, pinches some snuff*

The pace will continue to be slower than it was the first year.  For awhile it's been about one post per month, but peering into my crystal ball, I can't promise you even that in future. *sneezes*  I would rather the posts be infrequent but of good quality than let the blog degenerate into a stream of trivia for trivia's sake.  Don't worry; there are still many stories to tell.  *sneezes again*  Even as I type, I've got two or three posts in the can or getting there.

So as not to entirely disappoint those of you who came here not for self-congratulatory
speeches but for a fresh slice of juicy Mansionology, here's a light snack to hold you over till dinner.

Let's go to the Séance Circle and take a look around.  Funny, even though it's a séance we are witnessing, it doesn't look much like a séance down here at floor level.  Where's the ring of people touching hands?  This is what a proper séance looks like: 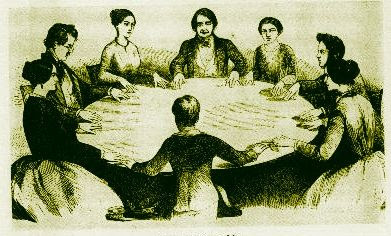 I blush to point out something that never really occurred to me until recently but which no doubt was immediately self-evident to many of you.  On the chance that other Forgottenistas have also overlooked it, let me point out that WE represent that circle.  Once you notice it, it's ridiculously obvious.  The old show script used by the Ghost Host on the "Story and Song" souvenir album makes it even clearer:  "We're about to participate in a séance," he intones.  Note that it's always been called the Séance Circle, not the Séance Room, and perhaps this best explains why our "sympathetic vibrations" give a serious boost to Madame Leota's efforts.


Raise your hands if you've never noticed that.  Okay, put them down.  I feel better. 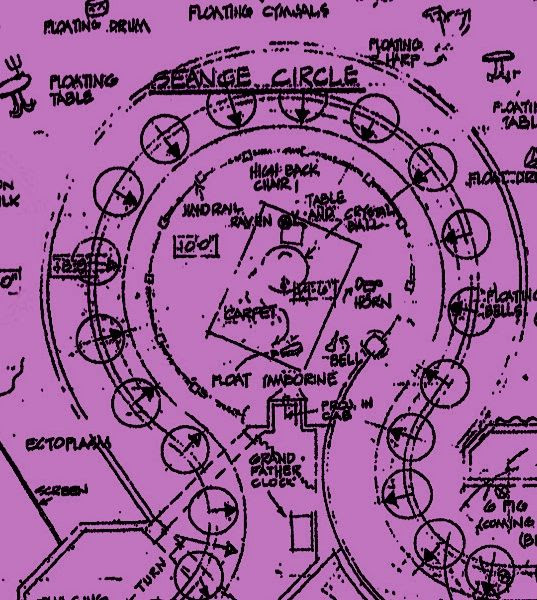 One reason I missed it, I suppose, is that the medium in this case is not sitting at the table like we are.  The comic irony is that Madame Leota is herself a ghostly manifestation.  She's opening the doors from the other side, you might say.  The other comic irony is that she says "wherever they're at," and no one seems to mind.


Speaking of comics, Leota may be unique, but ghostly manifestations
in the middle of the séance table are not unknown to pop culture. 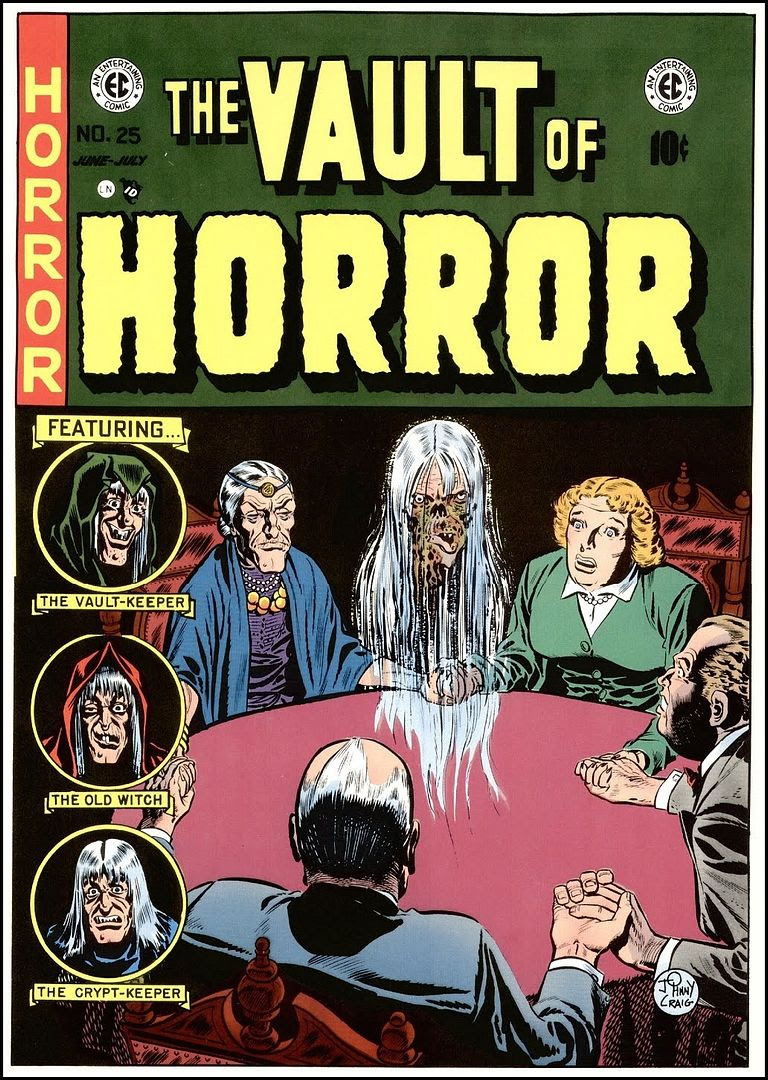 "Good Lord, did it actually just say, 'Wherever they're at' "?