"If You Decide to Join Us" (From Creepy Old Flicks, Part Four)

.
When we are considering cinematic influences on the development of the Haunted Mansion, the list of certainties is rather short. Within the Disney stable are The Adventures of Ichabod and Mr. Toad (i.e. the "Headless Horseman" sequence), Lonesome Ghosts, Fantasia (the "Bald Mountain" sequence), and Snow White and the Seven Dwarfs (the "Dark Forest" sequence). Outside of those, fer sure we've got The Haunting, The Belle et la Bête, and 13 Ghosts. Beyond those are a number of contenders that are possible and even probable but not certain. All of this has been discussed in the previous three Creepy Old Flicks posts (HERE, HERE, and HERE) and in the previous post (More Shots in the Dark). See especially in that post the added item, Castle of Blood, where the scene with the dancing ghosts looks to me like a real possibility.

Today we'll add another film to the short list of certain influences. I thank Mike Cozart for reporting to me that in conversation Marc Davis himself mentioned The Loved One (1965) as an influence for the character that came to be known as "Little Leota." I had heard before about the possibility (see the discussion in the Comments on our post on Little Leota), but Mike's report, along with a closer look at the film, leaves no doubt.

The Loved One is pretty much a love it or hate it movie (53% at RottenToms). It's described as a "black comedy" and a satire on the funeral industry. Your mileage may very, but with the exception of Liberace's spot-on portrayal of a smarmy funeral director, I found the movie rambling, unfunny, and mean-spirited to the point of cruelty. (Spoiler: there are only two sympathetic characters in the film, and both are driven to suicide. Everyone else is an idiot, a sicko, or a dirtbag of one sort or another, including the main character.) Be that as it may, influence on the Haunted Mansion seems to be restricted to a single, minor character: the unnamed hostess at the fictional funeral home and cemetery, "Whispering Glades." Yep, she looks and sounds an awful lot like Little Leota: 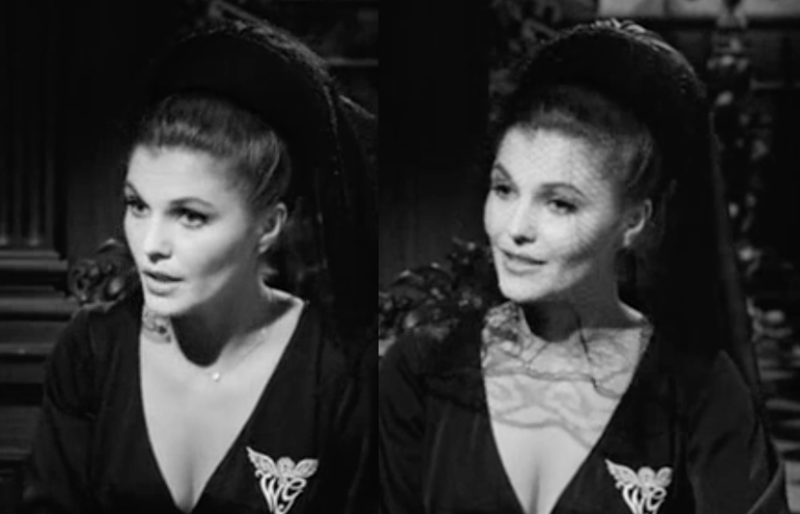 "The Loved One" hostess. 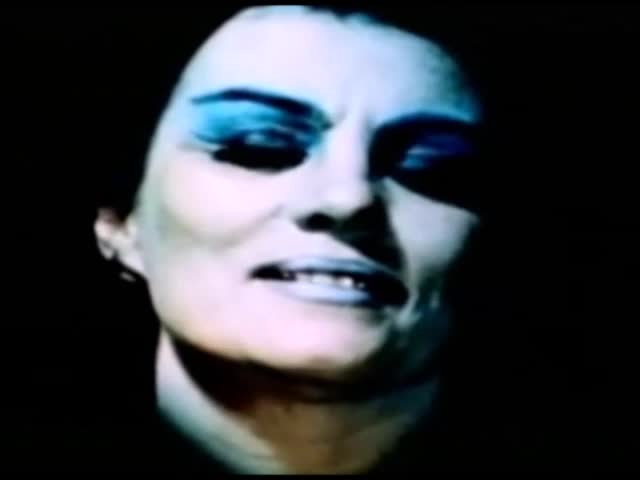 It's been pointed out elsewhere that there may be an allusion to "Whispering Glades" in Collin Campbell's artwork for the "Story and Song" Haunted Mansion souvenir album. When we recall that Campbell's paintings are generally based very literally on Marc Davis's sketches, one has to wonder if maybe, just maybe, the illegible scrawl above "Glade" hides a "Whispering." 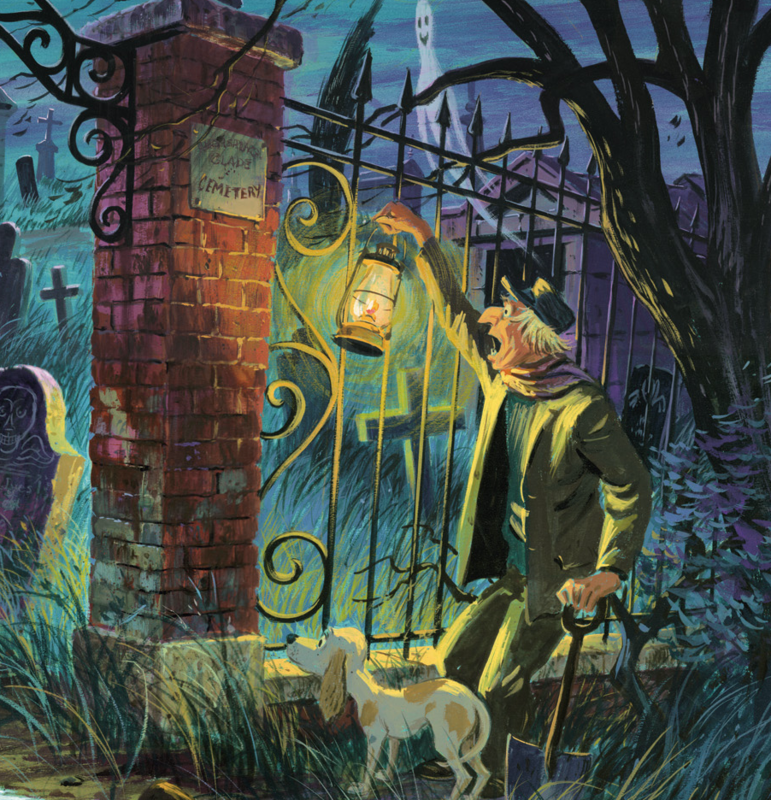 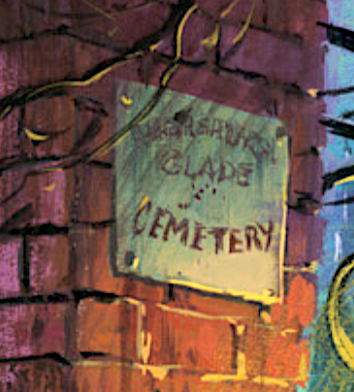 By the way, many think that The Loved One is spoofing Forest Lawn memorial park in Glendale, where Walt Disney himself is buried. There is in fact a direct reference in the movie (by another one of those creepy hostesses) to Forest Lawn, implying that it is a place that will take anybody (or any body), whereas Whispering Glades is supposedly more discriminating.

Anyway, it's worth pointing out that the Loved One connection is further evidence that Little Leota did not start out as a bride but as a "charming ghostess," as the Ghost Host refers to her in the WDW and Tokyo spiels (but not at DL), ready to take the names of those who may want to join the grim grinning gang they've been schmoozing with for the previous ten minutes. That's why she's careful to remind you that they need a death certificate. She has to be a stickler about the paperwork, you see. It's her job.