With Each Beat of His Bride's Heart

.
No big deal, but I have sometimes wondered just how quickly the original Hatbox Ghost's head was supposed to flash back and forth between his shoulders and his hatbox.  It seemed to me that there were two realistic possibilities: a faster pace and a slower pace.


The Fast One (Options A and B)

The heart beats  LUB-DUB . . . LUB-DUB . . . LUB-DUB . . .  It could be that each LUB and each DUB signaled a switch. So the head appeared in the box every LUB, and on every DUB it appeared on his shoulders. That's Fast One Option A. It could be reversed, of course: With Fast One Option B, you get LUB (shoulders), DUB (box), but that one has never seemed likely to me. The heartbeat tempo is of course uneven, so the time between DUB and the next LUB is longer than the time between LUB and DUB.  It's always seemed more natural for the head-on-shoulders phase to be the longer one:

Does that sequence seem too quick?  Sometimes I have wondered whether the swap occurred only once with each LUB-DUB.
You get a kind of swinging rhythm that way:


Like I said, it's not exactly a burning issue. But still, for what it's worth, is there any way to decide the question? The other day I was looking again at the now-famous film of the original HBG, taken in August of 1969, footage I've watched who knows how many times, and I noticed for the first time that you CAN see the head inside the hatbox flashing on and off. (Maybe some of you noticed it long ago?) Look very closely at the upper-back part of the hatbox, which is darker, and at one point you can clearly see a light spot turning on and off. Gotta be the head lighting up. You can see the back-and-forth at least twice, just enough to determine that the hatbox head was indeed off longer than it was on. The home movie film seen in its entirety shows people walking around. Judging from that and other considerations we may be confident that the speed of the film is correct, so it's definitely not the Slow option.


Verdict: The head in the box flashed on with each LUB and off with each DUB. 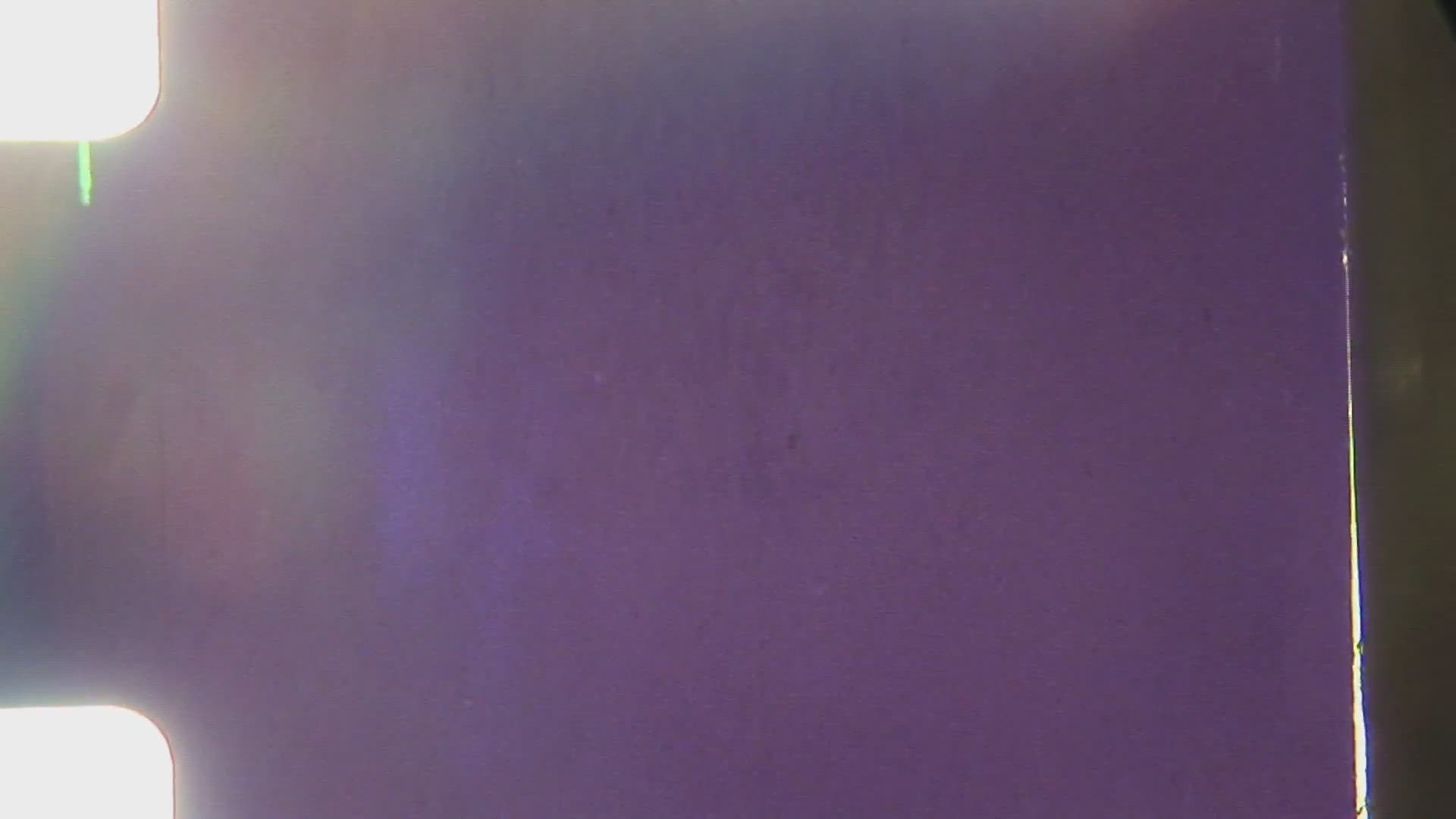 Fast One, Option A it is.

Another cool thing is that you can actually (but just barely) make out the head in the hatbox at one point:

What about the head on the shoulders? That light seems to be turned off altogether, which jibes with the memories of some eyewitnesses. According to "Todd Hackett":

The hatbox ghost was probably my favorite figure in the HM. I got into a lively debate with Jack Janzen of the E Ticket trying to convince him that the HG existed. He even published a letter I wrote about it in the E Ticket years ago. Fortunately Chris Merritt found those pics to confirm it. The HG was positioned just right of the exit of the attic. The first time I saw the HG his face would disappear then would flash into the hatbox. The next time I saw it the effect didn't work right and I remember at one point his face was lit and the head in the hatbox flashed on and off. Then they painted his head black, and the other head in the hatbox flashed on and off  (our emphasis).
I wonder whether they actually painted the face black or simply doused the lights on it. In any event, my own memory from August 14 matches Todd's second description: head on shoulders lit continuously, hatbox head flashing on and off. All the available evidence suggests that they were frequently fiddling around with him during his short sojourn in the attic. 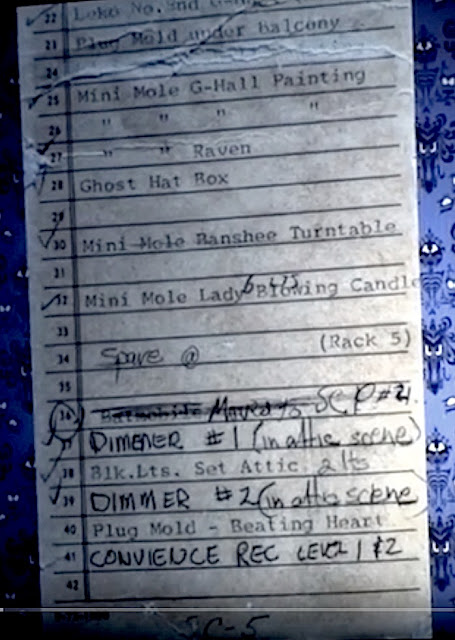 (Maintenance record uncovered by Tony Baxter proving that the figure
was in use long enough to be a check-off item for the maintenance guys.)

Nothin' fancy, folks, just squeezing some old lemons and finding out that there is still juice in there.