UPDATED March 27 and May 5. These items have apparently been there for years, but no one seems to have noticed them until recently.

During his last DL trip in March, my brother got lucky on his fifth Mansion trip and was pranky-spirited right in front of the new display, so we have a very nice photo of it: 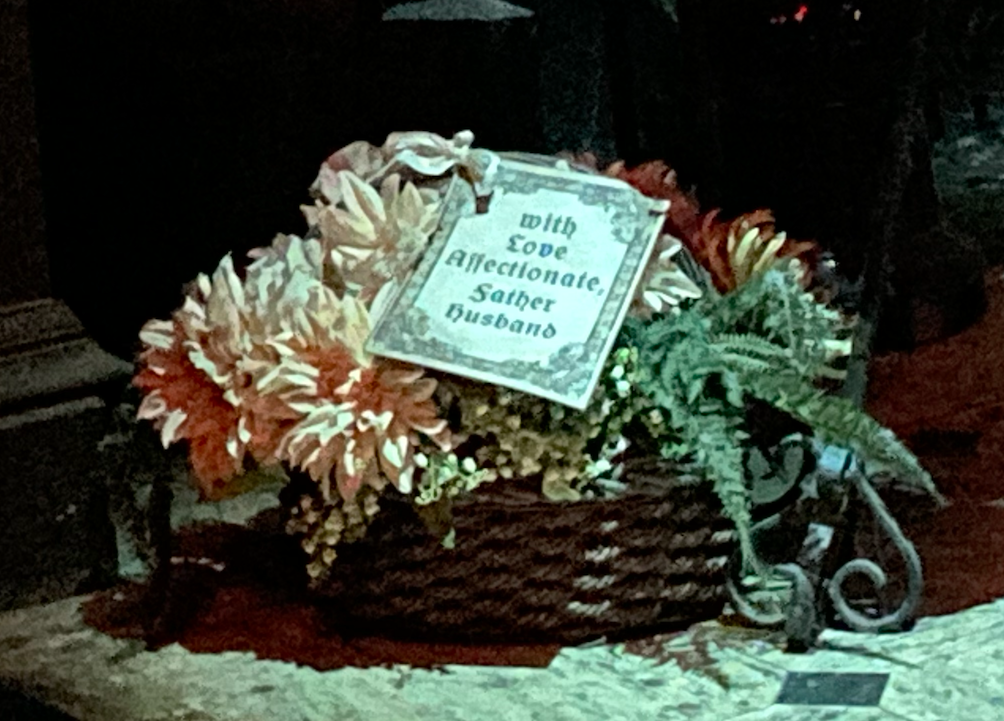 We may have to wait for an obliging CM before we get a good look at the rest of it. Because there IS a "rest of it." The two floral arrangements to the right of this main one have small cards attached, and the banner on the wreath above "Affectionate" here has writing on it, as I suspected. 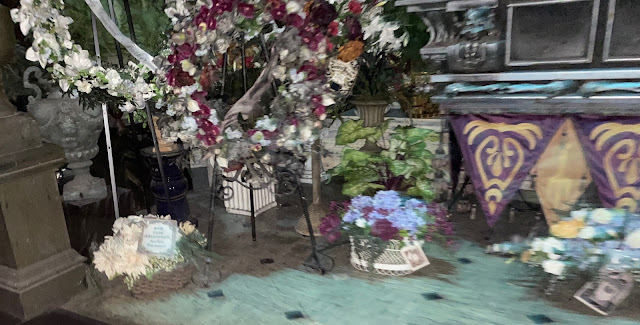 FIRST UPDATE: An acquaintance  of Jeff "the Chef" Baham was fortunate enough to have some pranky-spirit cooperation on his most recent DL trip and got a terrific photo of the Conservatory, which Jeff put up at the Doombuggies Facebook page: 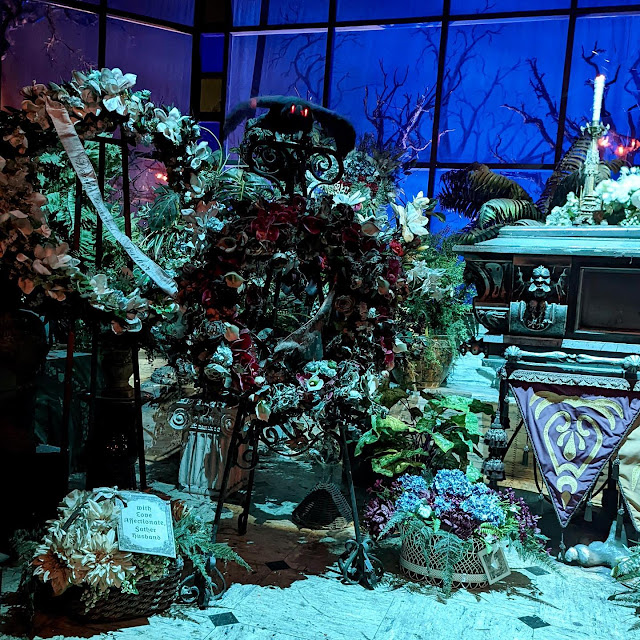 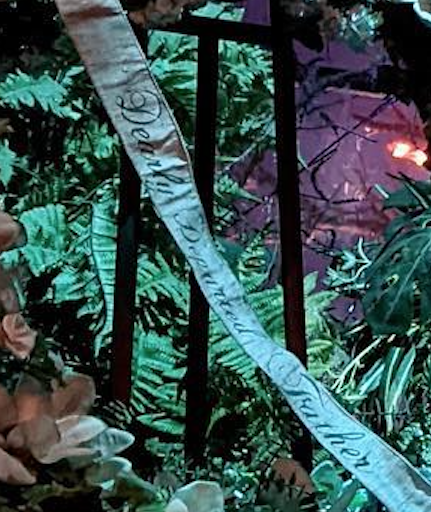 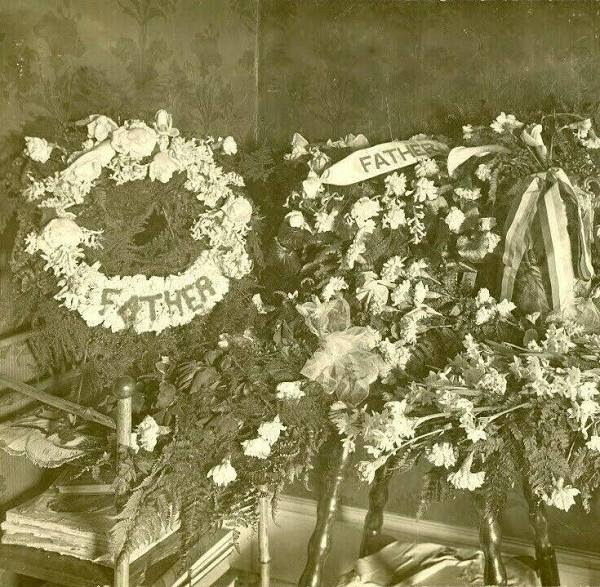 One of the smaller cards is an authentic Victorian funeral invitation: 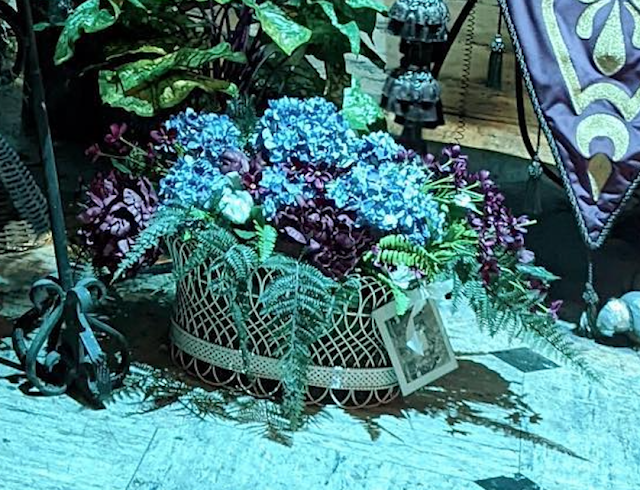 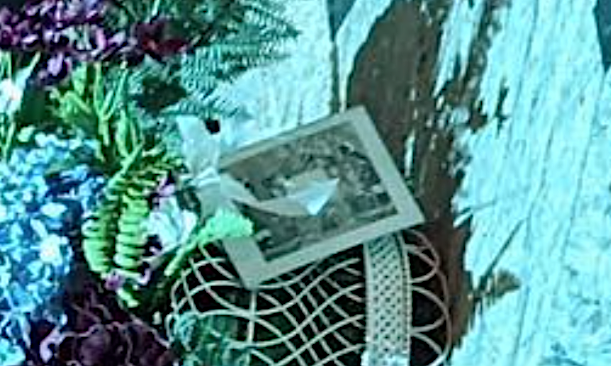 SECOND UPDATE; Until now (May 2022), I have theorized that the "With Love Affectionate" card, the "Dearly Departed" banner, and the smaller cards were all part of the "enhauntsments" of April 2021 and that they were entirely overlooked until the "Love Affectionate" card was repositioned in a very conspicuous spot following the 2021-22 HMH. Here's the scene in April of 2021. It's all easy to miss: 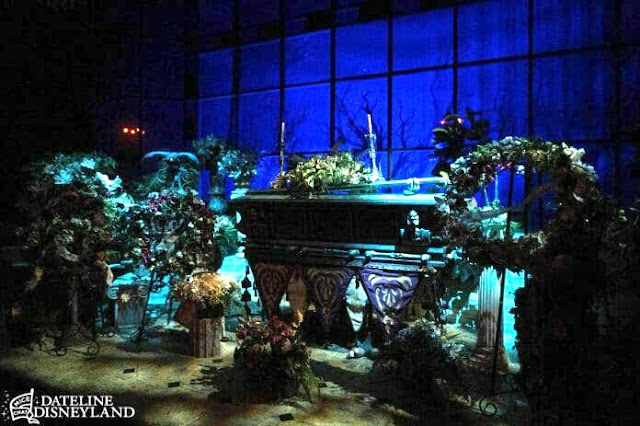 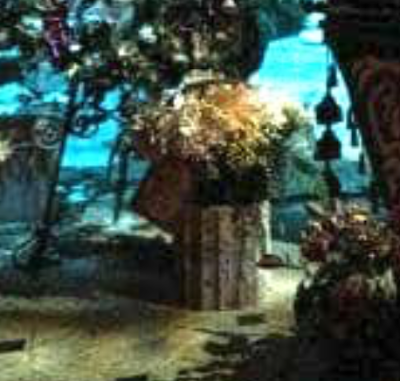 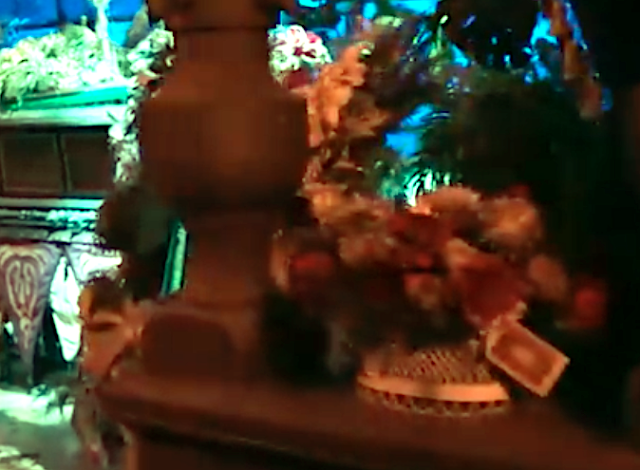 But thanks to the eagle eye of MasterGracey, it seems that these items have been around for years. You can see what looks like the "Love Affectionate" card as well as a smaller card (unidentified) in the bouquet on top of the coffin in this 2016 video grab. (Incidentally, the presence of some sort of floral arrangement on top of the coffin has alternated with bare nothingness between the candlesticks over the years. The flux has been so constant and the floral arrangements have been so varied that it's not worth the bother to try to track it.) 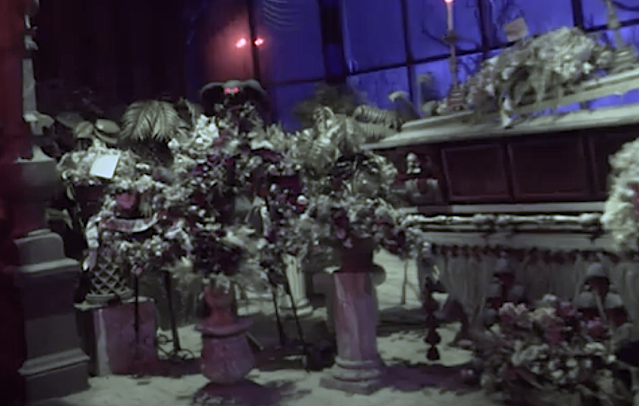 The "Dearly Departed Father" banner is in the wreath to the right of the coffin, not visible in the above photo, but it IS visible in photos going back as far as 2011! Here it is on the right side in 2016 (top pic), and that's probably it also in 2011 (bottom pic). (I've turned the pix sideways to make identification easier:) 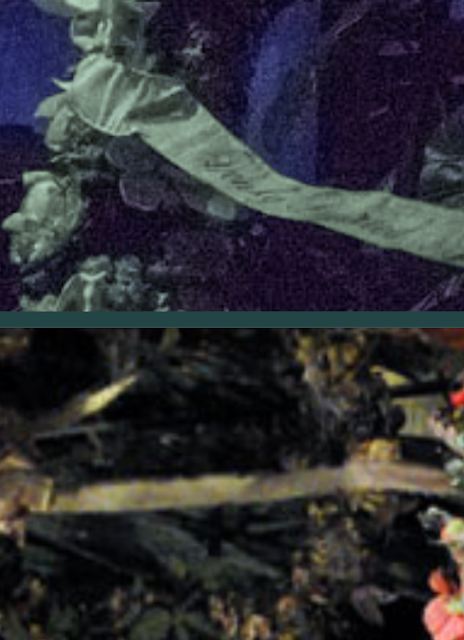 Email ThisBlogThis!Share to TwitterShare to FacebookShare to Pinterest
Labels: "With Love Affectionate", The Conservatory