"Great Caesar's Ghost, Why Would Anyone Want to Annotate a Joke?"

One of my all-time favorite books is Martin Gardner's The Annotated Alice, an edition of the classic Lewis Carroll stories with hundreds of notes that explain the "jokes, games, puzzles, tricks, parodies, obscure references, and almost endless curiosities" right alongside the texts. 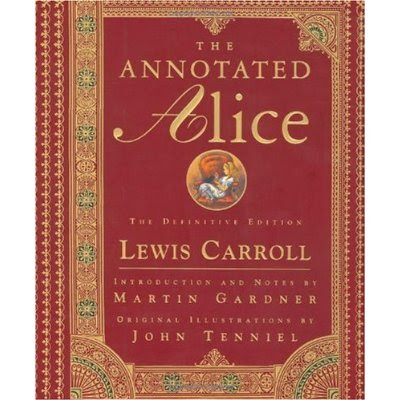 Gardner admits that a book like this is a peculiar undertaking in the very first line of the Introduction:  "Let it be said at once that there is something preposterous about an annotated Alice."  But as Gardner explains, no joke is funny if you don't get it, and getting a joke sometimes requires some background.  After all, there is a considerable gap between us and an ordinary Englishman of the 1860's, and the wordplays and allusions in the Alice books are often extremely subtle and erudite.  Gardner's annotations greatly increase your appreciation of Lewis Carroll, and no, the magic is not diminished one bit.

It shouldn't take a rocket scientist to see where this is headed.  I think the HM would be well served by the Martin Gardner treatment.  There is certainly no lack of interesting material to annotate.  But!  Someone might object that yes, of course there is a cultural chasm between 19th c. England and us, but is it really the case that stuff from as recent as 1969 needs help before we can understand it?

The answer is yes, for two reasons.  First, the Imagineers who conceived the HM were not youths.  Occasionally, their ideas of pop culture spring from sensibilities of the 40's or even the 30's, not the 60's.  Second, they could assume that audiences were generally familiar with things that—alas!—can no longer be found in the public square.  This is true for the whole park.  When Disneyland opened, everyone had read Tom Sawyer in school.  Today?  Not so much.  It happens to be true that there is a lot in the HM that goofs on things that have been largely forgotten by the general public.

Here's a quick and easy example.  For his 1958 HM walk-thru, Ken Anderson conceived a ballroom scene with various ghosts from history and literature schlepping around and having a good time.  One of them was "Great Caesar's Ghost."  Marc Davis thought that was pretty cute and incorporated the character into his concept art for the ballroom. 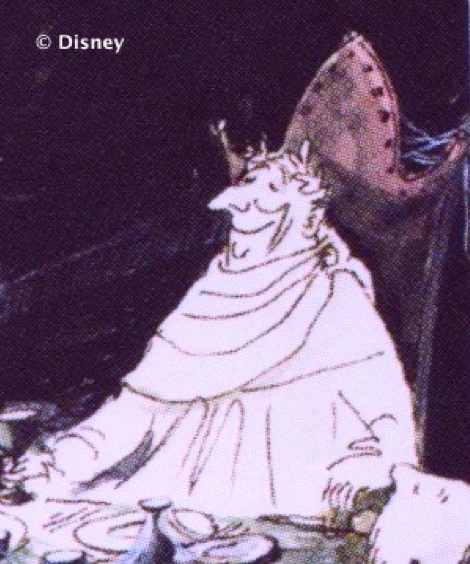 As we all know, Caesar made it into the final product. 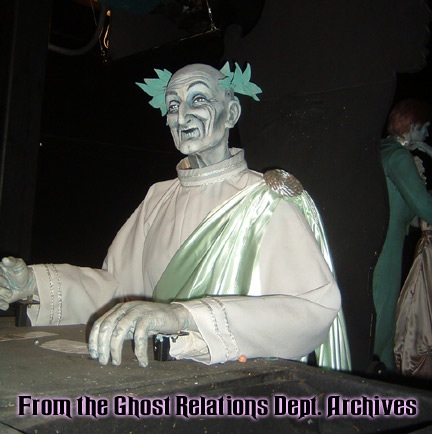 But when was the last time you heard someone use the expression, "Great Caesar's Ghost"?  Yes, it does pop up from time to time (Al Bundy and Bart Simpson have used it), and there was a rock band with that name.  In general, however, GCG is pretty rare, an archaic and obsolete expression.  This is from 1887: 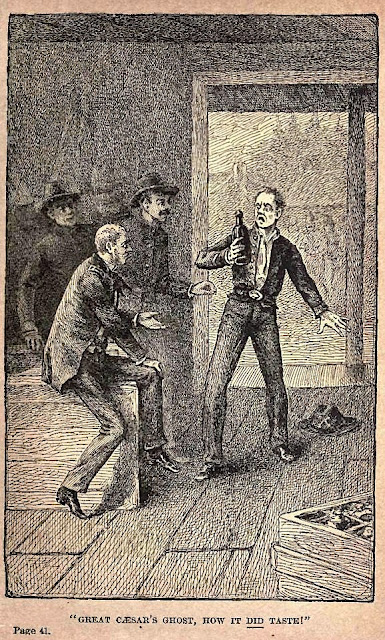 But lots of people in the 40's, 50's and 60's were very familiar with it because Clark Kent's editor, Perry White, used it all the time, both in the comics and on the Superman TV show. 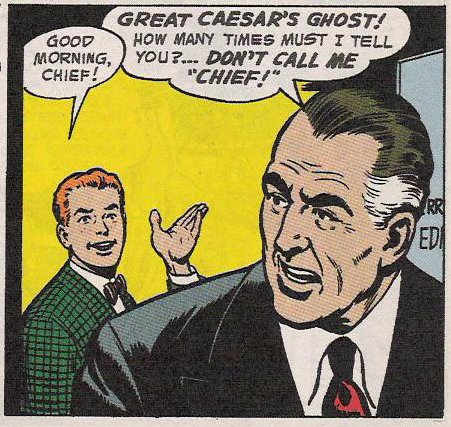 Perry White's verbal tics have been off the radar screen of pop culture for a long time.  I'll bet that over 90% of the people who ride the HM have never recognized the visual pun represented by this character. 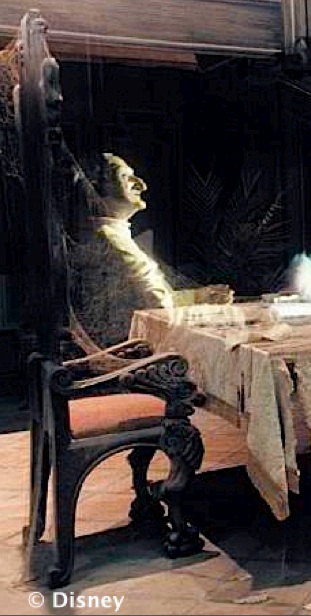 Perhaps they could salvage a gag out of the situation by putting a salad on his plate?  Until then, face it, general public, YOU NEED THIS BLOG. 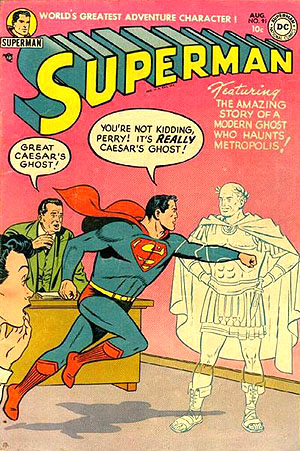