.
Let's rejoin our party in their cart-like platform below the first room of Ken Anderson's Ghost House.  (Woo-hoo, I love that sentence; go back and read it again.  I'll wait right here.)  And let's unload the guests so that we can continue as a walking tour, since all of Anderson's materials from this point follow that format.  Incidentally, even in this area Anderson foreshadows the real thing.  He was pretty sure the whole thing would need to be a ride, but until he worked out exactly how, he apparently fell back on the walk-thru format as the default method of presentation.  The same thing happened ten years later.  The HM Imagineers knew the attraction would need to be a ride, but until they could come up with a satisfactory conveyance, they continued to pretend it was a walk-thru, again, it seems, by default.  It was the Omnimover system, in late 1967, that finally drove the stake through the heart of the walk-thru option.  (Ick, I don't love that sentence.  Move along here, folks, nothing to see...)

The group passes down a hallway featuring locked doors (suggesting rooms "too dangerous to enter") and portraits with eyes that follow you as you pass by.  That, of course, has been a haunted house cliché for a very long time: 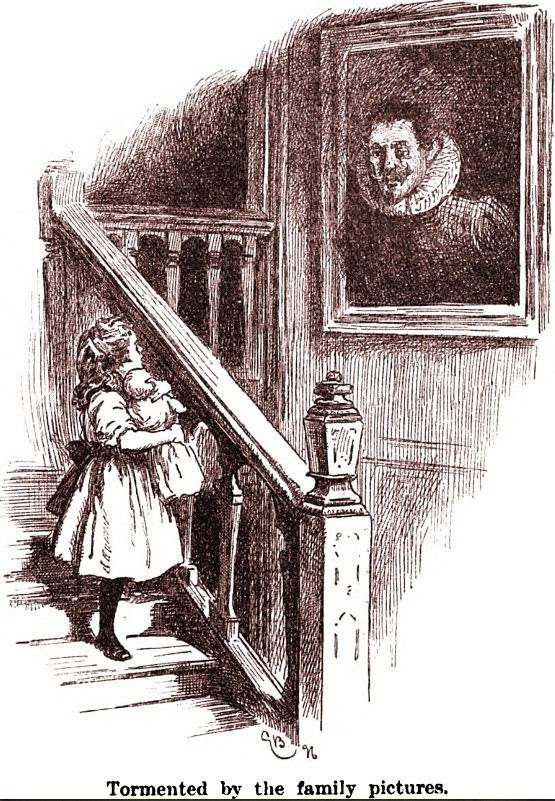 You end up in a library, where you encounter more portraits.  These change before your eyes.  Anderson describes several, but two are especially interesting:  "a maiden aunt with an austere face will coyly wink" and "a portrait of a gay blade will disintegrate a la Dorian Gray." 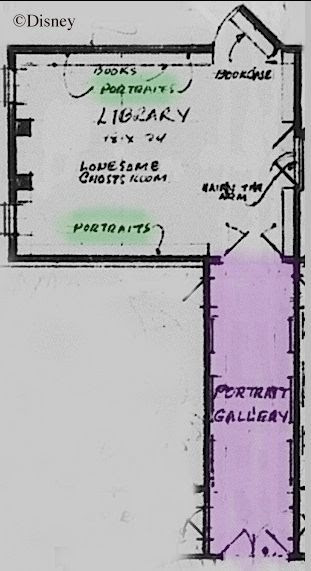 Whoa! HEY...whoa, slow down! TIME OUT...
The board is lighting up like a freakin' Christmas tree.  Back up.

Oh all right, I suppose we should get caught up before we move forward any further.  That "portrait gallery" hallway is obviously similar to the first hallway after boarding the doombuggies in the WDW Mansion, which was home to the "Sinister 11" eyes-follow-you portraits until 2007:

The locked doors, "too dangerous to enter," recall not the portrait hallway but the Corridor of Doors that comes up a little later.  Curiously enough, however, the two hallways are linked to each other, especially in the DL Mansion.  The "demonized door" design used in the CoD. . . 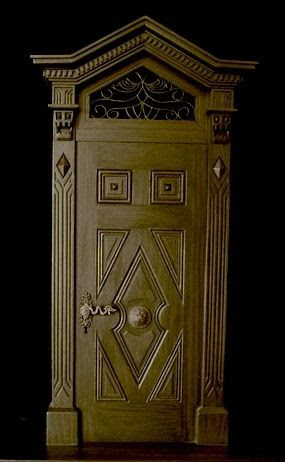 . . . is found in only one other place in the DL Mansion.  You guessed it. 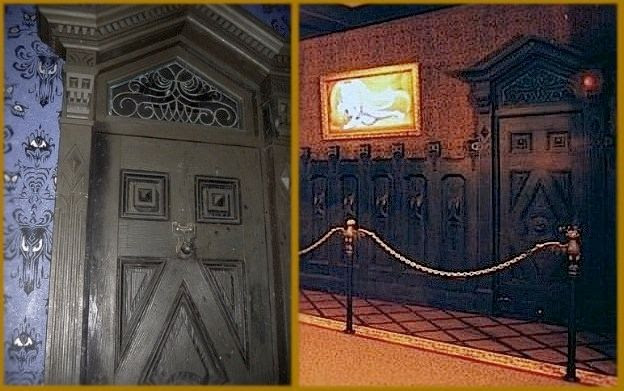 So the combination of scary locked doors and changing portraits in Anderson's single hallway is not identical to the real thing, but then again, the real thing does seem to link together the two kinds of hallways architecturally.  Of course, this may be coincidental.

Oh, incidentally, when Anderson started working on the Ghost House, he had just finished with his labors on the original Sleeping Beauty Castle walk-thru diorama.  Here he is in a seldom-seen photo alongside Claude Coats, giving a demonstration to Walt, while Fred Joerger looks on.  "There were giants in those days..." 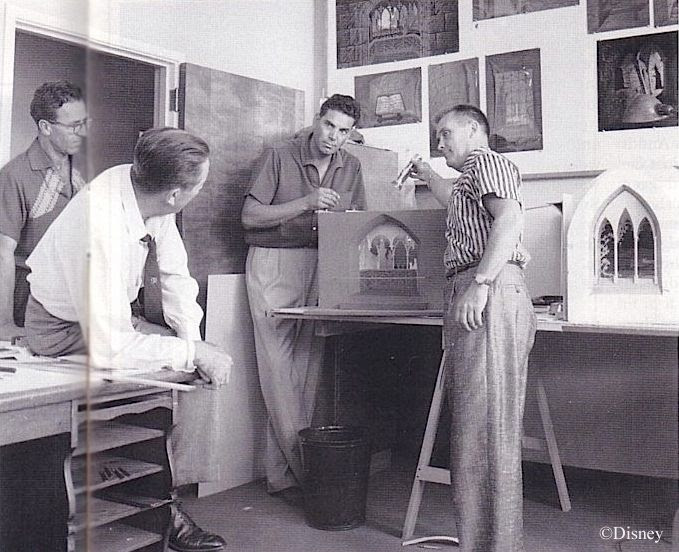 "Uh, fellas?  Maybe it would work better if there were, you know, batteries in that thing?"

Anyway, I wonder if his artwork for the "Meet Maleficent's Demons" peep-hole wall in the diorama might give us a teensy-weensy inkling as to what kind of images ran through Anderson's mind when he spoke of "locked doors, too dangerous to enter." 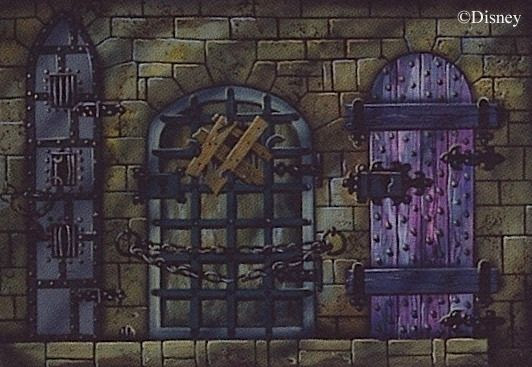 This won't be the last time we glance over our shoulders at the Sleeping Beauty walk-thru as we wend our way through the Mansion.  But enough of that.  Some of Anderson's effects sound like they were incorporated into the eventual Mansion intact, like the eyes-follow-you portrait hall and the "Dorian Gray-like" painting (which is the way the "Master Gracey" portrait was actually described, you know). 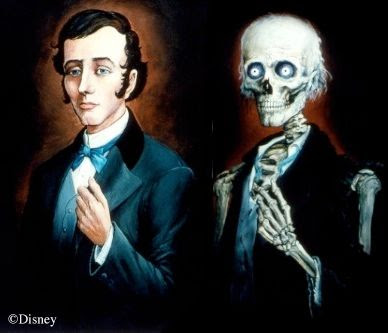 In other cases what Anderson describes sounds like it was broken into pieces and the parts re-used
in the service of other gags, like the austere-faced maiden aunt who gives us a coy wink. 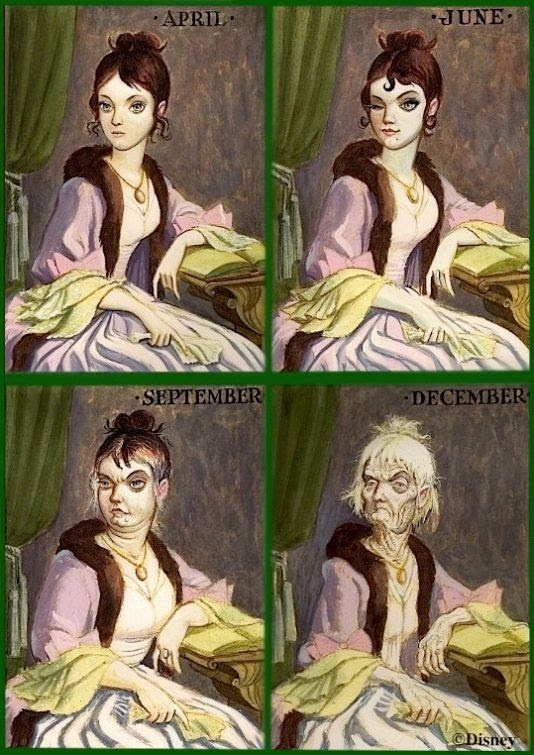 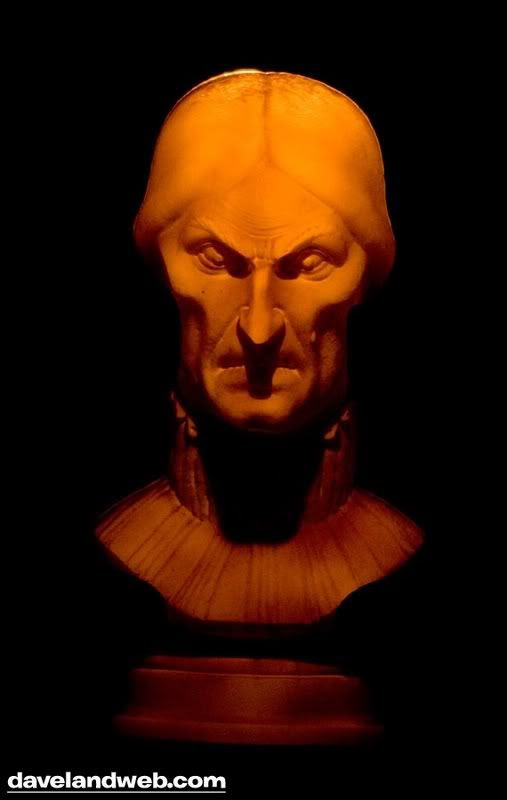 And there's much more to come, Forgottenistas, so stay tuned for part three.
.
Posted by HBG2 at 8:40 PM