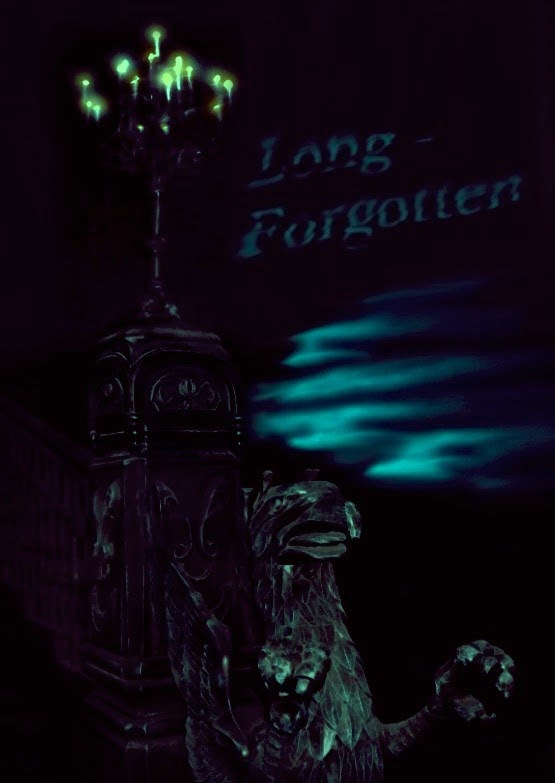 These are extraordinary times we are living through, and I hope my readers are all doing the
right things and staying healthy. Courage! Someday this will all be passed, and therefore past.

Under the present circumstances, celebration feels out of place. Nevertheless, the sand in the hourglass continues to run, heedless of our preferences or the mood of the day; and so, appropriate or not, we do here acknowledge that Long Forgotten has turned TEN. Who'd a thunk? Furthermore, it just so happens that this is the blog's 150th post.

It's so strange to me to think that LF has now been in existence for a solid fifth of the Mansion's. As always on these occasions, I offer my thanks to all you readers and especially to the commenters, you who have made this crazy little hobby feel like it's worth the time and effort. 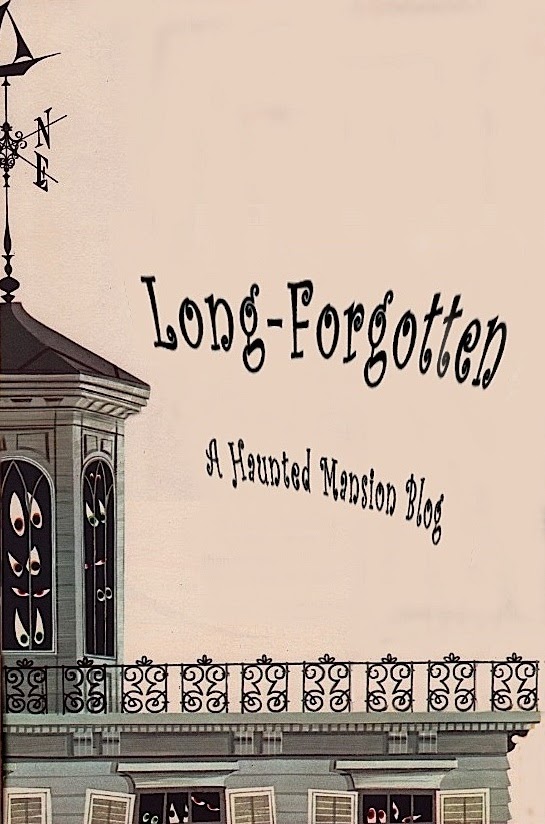 (Another piece of never-used artwork, from the LF files)


Okay, that's enough mush (and gloom). As you know, our anniversary notices always include a morsel of Mansionalia. Today, we turn
to someone you might not ever suspect of being a contributor to the history of the Haunted Mansion: Disney Legend Roy Williams. 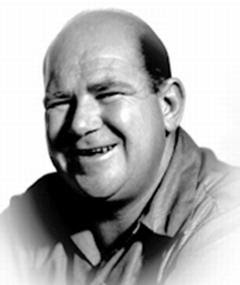 Roy is best known from his four-year stint on the Mickey Mouse Club TV show, and I'm sure there are a lot of folks who think that's
about all he ever was: A cuddly, avuncular, kid's show co-host. (Did you know that he is credited with inventing the mouse-ears hat?) 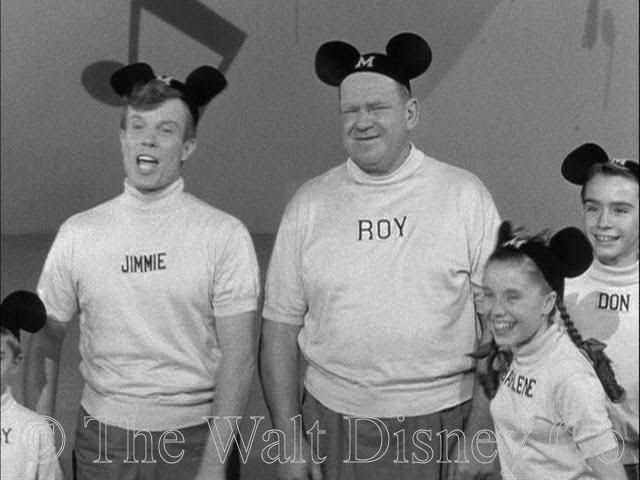 He was much more than that, of course. He joined Disney in 1930 and was very active at the studio on a number of projects. He was especially
well-remembered as a immensely talented "gag-man," a veritable fountain of comic ideas and the envy of the studio in that area. 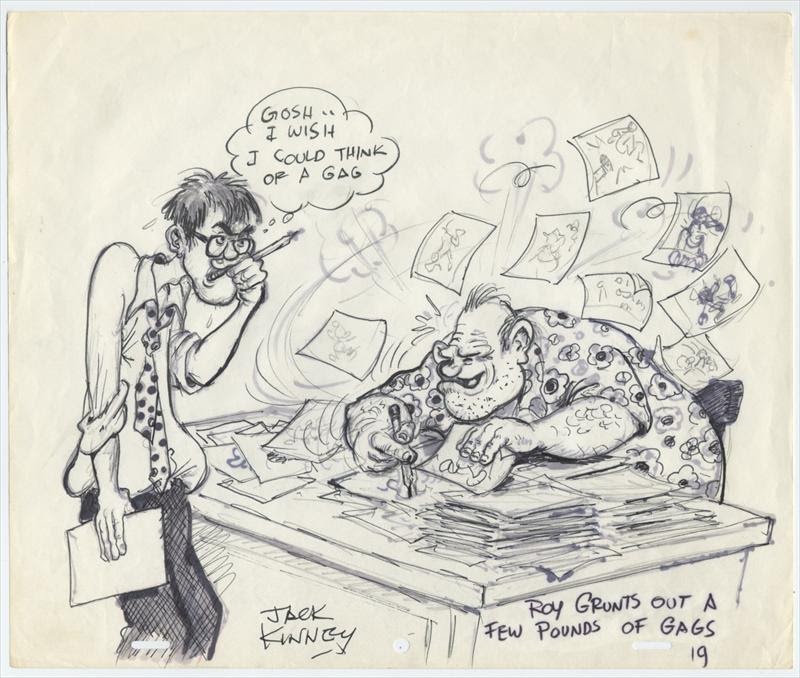 These were often quick, rough sketches, but he also did more sophisticated artwork, like these concept
sketches for parade floats, Disney's contribution to the 1953 Anaheim parade. As you can see, the man could draw. 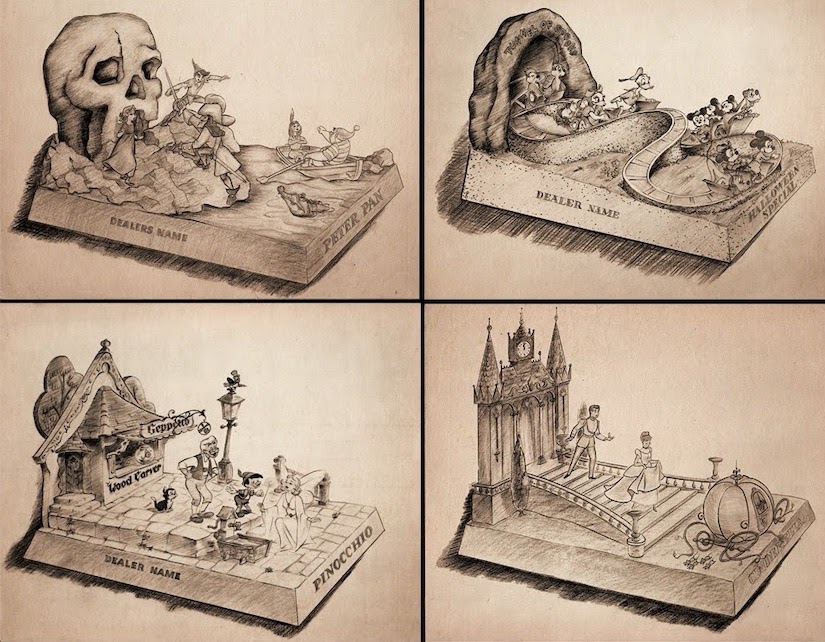 Anyway, you can read more about Roy HERE. There's some fun stuff HERE, and there's a delightful interview with him in volume four of Didier Ghez's Walt's People series (pp 179-186). But what is Roy Williams doing in a Long-Forgotten post?

Paul Anderson, at the Disney History Institute, has posted on the DHI Facebook page over recent years a number of Williams gag sketches from 1962, suggestions for props that could be used in front of the Haunted Mansion while it was being built. The idea was to give folks something more interesting to look at than construction walls or dirt. 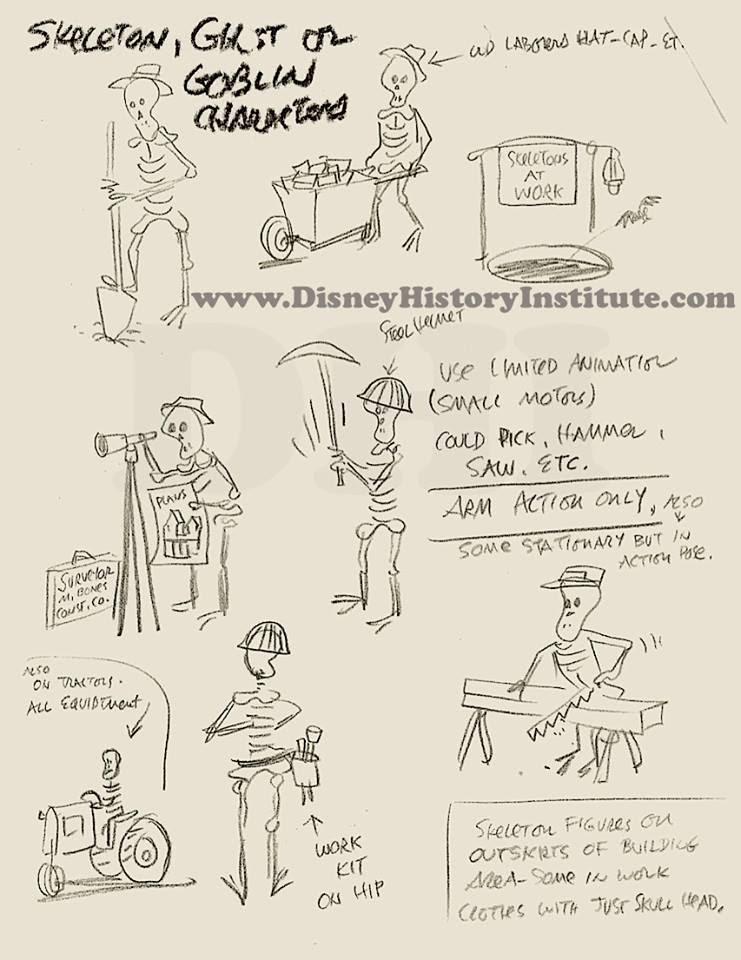 "Skeleton Crew," get it? But there were also ghosts: 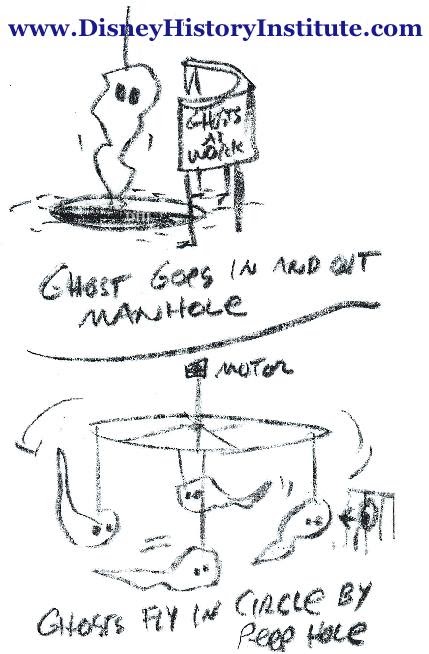 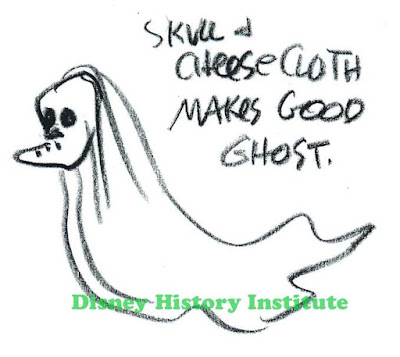 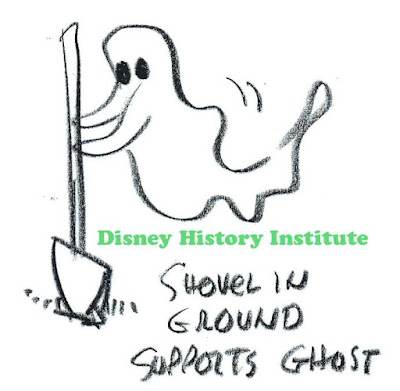 Leaving a Mark on Marc?

It's just possible that one of these sketches served as an inspiration for a Marc Davis sketch that resulted in a gag actually used in the Mansion. If true, that would put Roy on the Mansion "B list," those Imagineers who were never officially assigned to the project but who nevertheless made a lasting contribution somewhere or other.


I'm thinking of this sketch, part of the same series: 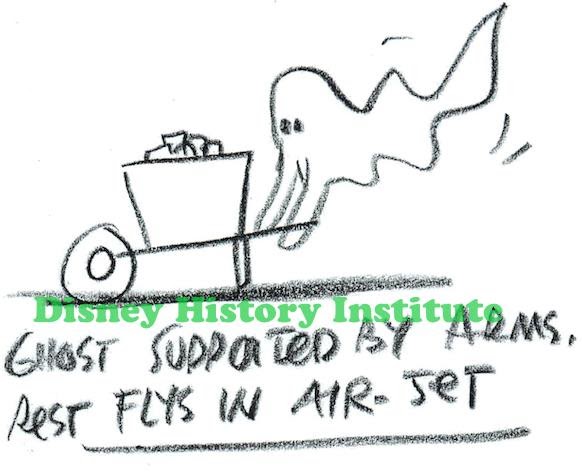 As soon as I saw it, it reminded me of this Marc Davis concept sketch of the bicycling ghosts: 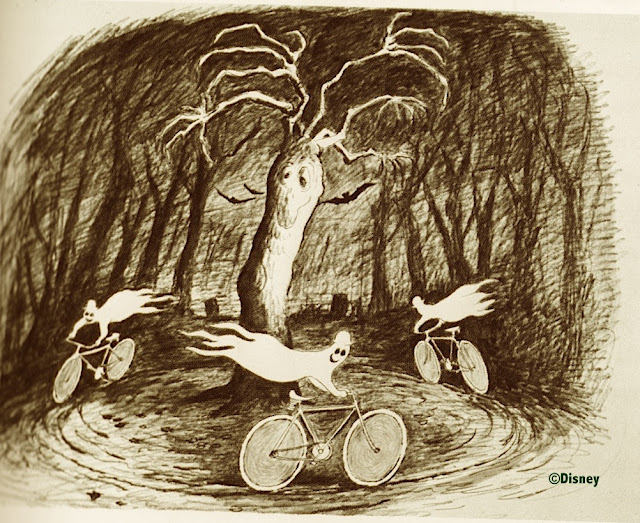 Since Roy's sketch is from 1962, it's plenty early enough to be an influence on Marc. What do you think?

This is another one of those connections where we will probably never know if it's sheer coincidence or a true case of influence. I myself suspect at least subconscious influence in this case. If Marc saw Roy's sketches (which is perfectly believable), I'm sure he appreciated the humor, and this idea could have bubbled up in his mind later at the drawing board, either consciously or unconsciously.


So when you're looking at the bikers, it'll be fun to think that they may owe their genesis to that jolly ol' Mousketeer, Roy Williams. 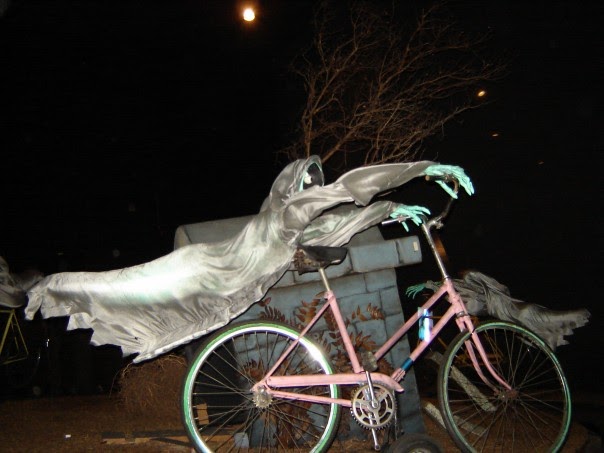 (The next post is going to be a good 'un, folks, so stay tuned.)