There Goes the Bride

Let's wrap up our current tour of the attic.  Don't worry, we'll be back.

A razzle-dazzle new ghost is installed at the DL HM attic, with high expectations, but the effect is basically pretty simple, achieved simply by clever manipulation of light projection.  Alas, the figure is too close to the track for the effect to be truly convincing, and the Imagineers fiddle unsuccessfully with the new figure, trying to get it to look right...

Sounds like you-know-who, but of course I'm talking about Constance.  The only thing missing is the part where they give up and take it out.

There isn't much to say about how the Constance effect works.  It's the old "Leota effect," a projected movie on a white dummy.  The problem for many fans is that it looks like what it is, a two-dimensional projection.  The arms in particular are unconvincing.  There's evidence that the Imagineers are aware of the problem and have experimented with ways to improve the look.  Compare these two shots of the mannequin under regular lighting.

If anyone wants MY free advice, I'd say the secret is to go fuzzy.  Her arms should be nothing more than white, blurry shapes, just thick cloudy hoses.  You could sharpen up the hands and hatchet when the hatchet appears, but only for a second.  Murk it up, boys, murk it up.

By all counts, the WDW version looks and sounds better than the DL version.  Even in photos you can see the difference.  Here's DL Connie:

UPDATE May 16, 2020: Special thanks to Christopher Biggs and to Micechatter "whodudis" for bringing to our attention a Theme Park VFX video (called a "sizzle reel" in the industry), which features a short clip of the actual source video used at WDW, and thanks to Brandon Hardy for creating an extract of the bride portion: 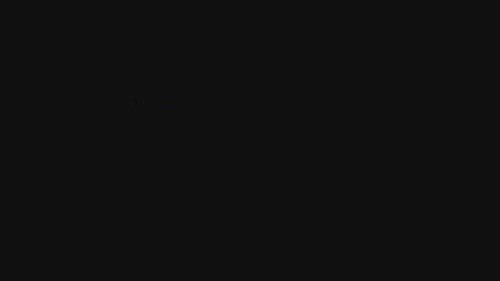 Nevertheless, we're still not at the "Gee whiz, how do they do that?" stage for anyone over 11.  Hate to sound harsh, but there it is.  Is she better than what she replaced?  For ease of comparison, here are three nice 3D's, showing the three basic bride types over the years.

Let's talk about something else.  Let's talk about the other razzle-dazzle effect that came into the attic with Connie: the wedding portraits.  Here the verdict is much more positive.  When they're working right, they are impressive, very much in the coveted "how do they do it?" category.

So how do they do it?  You may have noticed that when people don't know how a Mansion effect is achieved, and they want to sound like they do know, so as impress their friends, they mumble about "fiber optics" and "holograms" and sprinkle the word "digital" around like oregano on a pizza.  Most of the time they overshoot, spinning out elaborate explanations when the reality is some ridiculously simple trick.  Like so many other effects in the HM, this attic-portrait effect is essentially pretty simple.  You have a painting on a thin, translucent fabric, and another painting underneath it.  There's a spotlight on the front and a sort of light box behind.  Actually, it's a little more technical than that, but I'm going to spare you the details.  It's all digital fiber optics, and other things you wouldn't understand.  Anyway, when the light box is dark and the frontal spotlight is on, you see the front painting with the guy's head on.  When the spotlight goes out and the light box in back goes on, you see the headless version behind it.  That's because when the back one is lit up, you see it through the translucent front painting, which is now unlit and essentially invisible.  It's the old scrim trick, not different in principle from the ceiling in the stretching room.

You can most easily figure out how it works when it isn't working!  It is extremely important that the spotlight fade in and out in such perfect coordination with the fading in and out of the back lighting that you don't notice any difference in overall luminosity.  Sometimes they're out of whack, and you can notice the picture brightening and fading in synch with the disappearing head.  The following two shots are grabs from the same continuous video.  Note how the frame is illumined when Reginald's head is visible, but not when it isn't.  It's not supposed to be like that.

The other reason the effect can be figured out is because it's been done before, more or less.

Sherman, set the Wayback machine for Paris in the 1890's.

The Montmartre section of Paris saw the invention of the fully-themed nightclub during the late Victorian era, including costumed staff, elaborate decor, and theatrical floor shows.  Some of them had otherworldly themes and put on ghost shows.  One of the most successful was the Cabaret du Néant ("Tavern of Nothingness" or "Tavern of the Dead"), where the theme was death and decay.  In the first room, the waiters dressed as undertakers and you sat at tables that looked like coffins.  In the second room they had a first-rate magic stunt in which volunteers from the audience would stand in a coffin and turn into a skeleton (and back again; sorry, it's the law).  In yet a third room the volunteers would sit onstage while ghosts that they could not see (but the audience could) made them look like perfect fools.  By that point you were pretty drunk and thought this was the funniest thing you'd ever seen.  And I dunno, maybe it was.  We'll go back to the intriguing C du N sometime later, since it is undoubtedly a source of inspiration for the Haunted Mansion, but for now I want to point out a special effect in the first room, which room looked like this:

Like the chandelier?  Anyway, the walls were covered with normal-looking paintings that changed before your eyes into gruesome scenes.  Sounds familiar, doesn't it?  You would think such a subtle effect would not be picked up under the harsh lighting necessary for 1890's photography, but not so.  In the photo above, note the large painting on the left with a skeleton in it and another, smaller painting up in the right hand corner with nothing showing on it:

In other photos of the Cabaret, the skeleton in that left hand painting is halfway or nearly gone.

Conversely, in other photos the smaller painting has a skull in it.  Here's a side-by-side:

You're looking at the direct predecessors to the changing portraits in the Haunted Mansion, kids.  But how did they do it back then?  The gullible masses may have been baffled, but not Albert A. Hopkins.  No, siree.

"Around the walls of the room are placed pictures to which the spectator's attention is called by the lecturer.  Seen by the light of the room these pictures are ordinary scenes, but a new aspect is given to each when the lights directly behind it are turned on; the figures in it appear as skeletons, each picture being in fact a transparency giving a different effect as it is lighted from the rear or as seen simply by reflected light."

The main difference between this effect and the HM wedding portraits is that the Cabaret du Néant pictures were evidently paintings on both sides of the same thin cloth, while the Disney version uses two separate paintings on top of each other and more sophisticated lighting so as to make use of the scrim trick.  Still and all, the similarities are greater than the differences. [Edit: I now think Hopkins got it wrong.]

There's an interesting footnote with regard to these changing attic portraits.  They were installed in May 2006, but more than a year before that the pictures in the changing portrait hall were replaced with fancy new ones with a more impressive lightning-flash effect.  These work the same way the attic portraits work, with two layers and backlighting.  That was in January 2005.  A few months before that, something very weird happened in the portrait hall that is little-remembered today because it didn't last long.  One day in August 2004, the stretch room doors opened and guests found themselves in a noticeably lighter portrait hall, with out-of-place looking Art Nouveau-style light fixtures by the doors, a more lurid, bright green EXIT sign over the chicken exit, and a row of light fixtures along the wall under the portraits, illuminating them.  As usual, Allen Huffmann at Disneyfans (an invaluable resource) got some photos.

Everyone thought these abominations had something to do with "safety" and muttered unkind things about Disney lawyers and OSHA inspectors.  When the EXIT signs returned to sane levels and the goofy lights were gone, the whole business was quickly forgotten.

I don't think the mounted lights under the portraits had anything to do with safety.  I mean, come on, were people bumping into the wall?  What I think the Imagineers were doing was experimenting with frontal illumination for the hallway portraits.  If the lighting could be successfully controlled so that the front could gradually come up while the backlighting went down, these paintings could have been as sophisticated as the wedding portraits.  If this surmise is correct, the experiment must have failed.  The changing portraits have no special frontal illumination.  This means that in order for the back-side portrait to be visible, it has to be very light and the front portrait much darker, so that backlighting alone can do the job.  It's a cruder effect.  That's why the changing portraits in every case flash to a secondary image that is all white.